It’s been one week since we wrapped up our 4R Olympics unit, and I think I’ve finally recovered enough to write a post about it!  😉

We started this unit the first week of school with an Opening Ceremony.  Each student picked a country out of a hat, then created their country’s flag and a torch to carry.  At our Opening Ceremony, students heard their name and country announced, then did a lap (or two, or three…) around the playground carrying their flag and torch.  This Opening Ceremony marked the start of our events competition.

There were 10 events that students competed in over our two week unit.  They ranged from artistic (design) events to researching Olympians, and learning about different host cities over the years.  Students could choose which events to participate in, and which order to do them.  They were not required to do all events.  Points were given for each event turned in, and based on how well each event was done, and how many were done, students received a point total at the end of the unit.  Medals were given based on how many points were earned (500=bronze, 750=silver, 1000=gold).

During our unit, we were blessed to have two different guest speakers come and talk to both 4th grade classes about their experiences.

Our first guest was Judy Walker, a former fencer from the 1956 and 1960 Olympics.  She told us about how she got into fencing, what it was like to make friends with people from other countries, and other experiences she had while participating in the games. 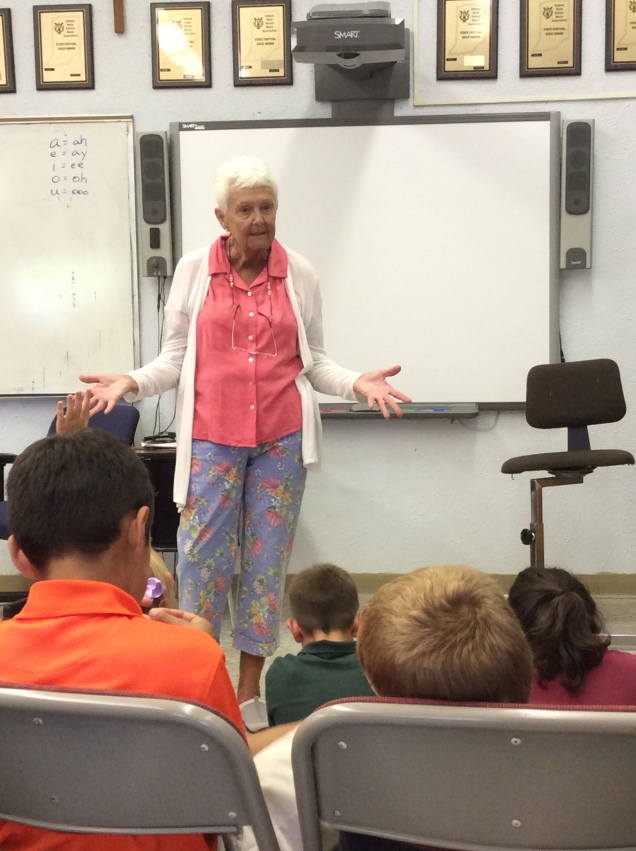 Our other guest was Steve Doudt, who participated in the 1996 and 2000 Paralympic Games, in sitting volleyball. He shared how the Olympics and Paralympics are similar and different, and also talked about the hard work that goes into training for the games. 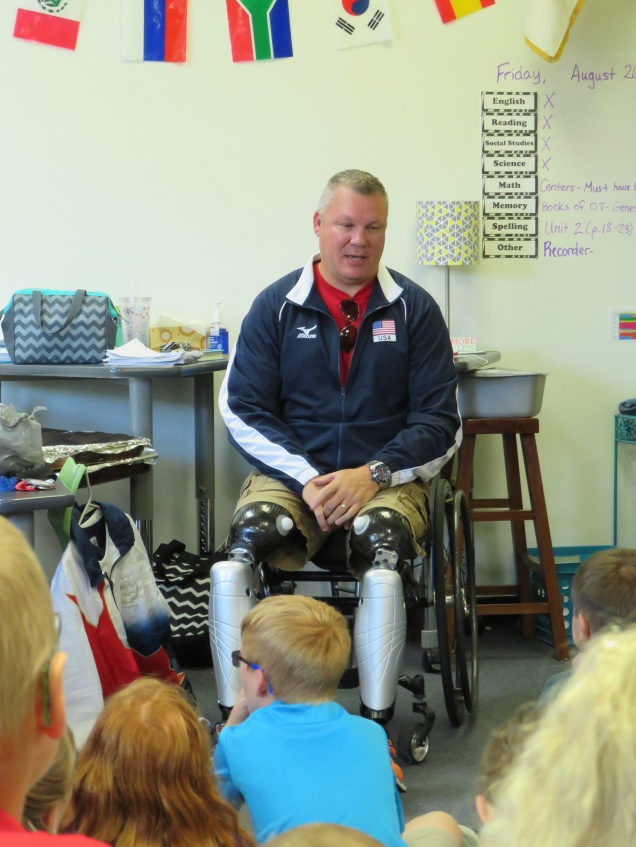 For our Closing Ceremony, students were awarded their medals or certificates, based on the number of points earned during our unit.  We had 5 golds this year, and a pretty even mix of levels throughout the class.  Everyone worked hard on the events, and it was fun celebrating together at the end.  (Thanks to our awesome room moms who made us Olympics treats to enjoy!) 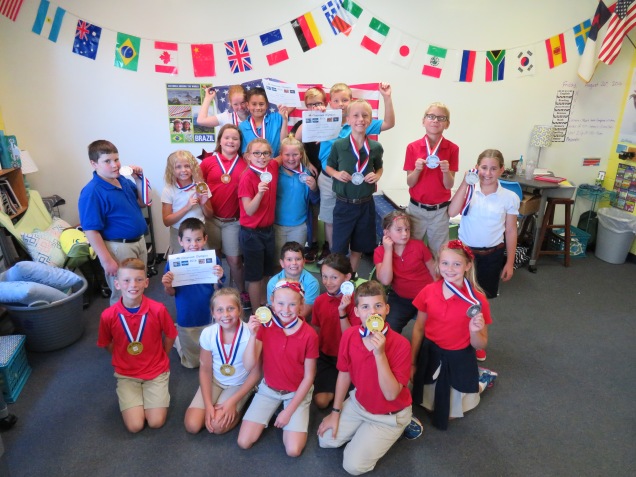 This is always such an awesome unit to do, and especially exciting because it only comes around every 4 years.  Look out, kindergarteners…you’ll be next!!  🙂