With my growing love of Instagram and Twitter, I have found myself blogging on our class blog less and less.  This must change!  You, our faithful followers, deserve more.  So even if you follow my other accounts, those are only part of the story…a 140 character glimpse into the goings-on in 4R.  Here is where you get the whole story.  So now, without further adieu, I will attempt to bring you up to speed on what we’ve been up to in our classroom over the last month.

Since the topic of the Great Flood and Noah’s Ark kept coming up in our Science and Social Studies discussions, we decided we needed to take some time to read the story of the flood and dig deeper into that story.  One afternoon we took to the soccer field and measured out the actual size of Noah’s ark.  I don’t need to tell you, it was huge!! 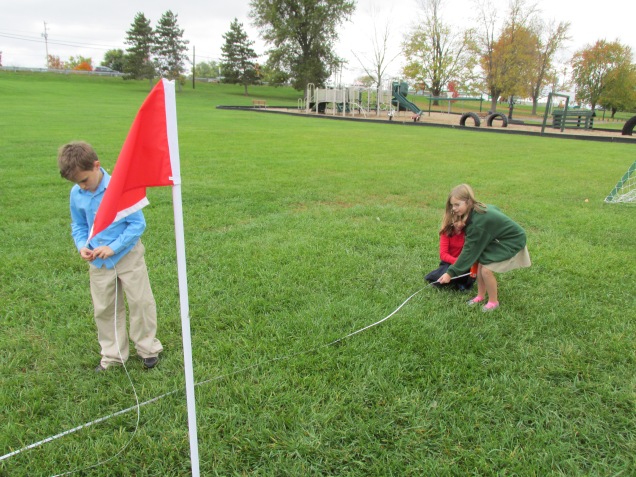 We also did some creative writing.  The students chose from a list of 10 different Noah’s Ark-related writing prompts, and wrote something to add to our board.  They were very entertaining.

This fall we also tried our hand at some iPad projects.  The students chose a favorite book, and did either a book review/summary or read the entire picture book.  The apps we used for this project were ChatterPix, Tellagami, and Educreations.  The first two are limited to only 30 second recordings, so they worked well for the reviews.  Educreations worked for both ideas, and made for some pretty neat longer-length videos.  Once they had created their video recording, I entered each review into a QR code, and we hung them from the front bulletin board.  This allowed for parents and other students to scan the codes and see what they had created!  Too fun. 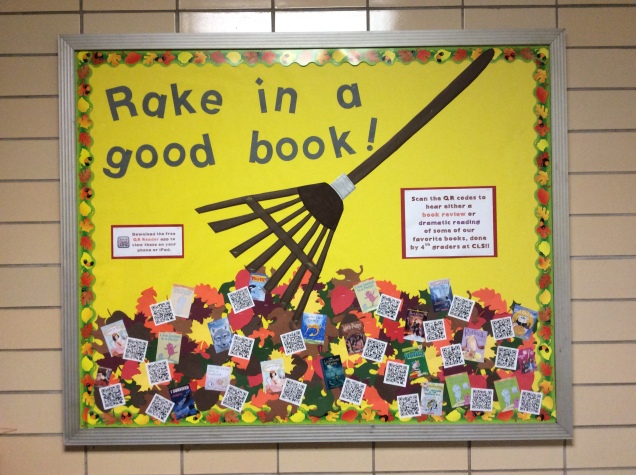 At the end of October, we talked about the life of Martin Luther for quite awhile.  As part of this discussion, the students created Reformation word clouds on the iPads, and also wrote out Reformation tweets.  They had to write, in 140 characters or less, something that might have been posted in 1517 if Twitter had existed.  I took their tweets and posted them on my own Twitter account.  We received many favorites for these, but also had some great conversations with some commenters.  Our assistant principal commented on many of our tweets as if he was someone from that time period.  We had fun coming up with responses to his and other comments.

We also had a Reformation/Fall Party, complete with Luther seal temporary tattoos and “Diet of Worms” cake.  🙂

In the last few weeks, we’ve seen a lot of exploration in our Science labs.  To go along with our study of Technology and Design in chapter 2, we wrapped up the chapter with a boat design lab.  The object was to design a boat that would hold the most cargo. 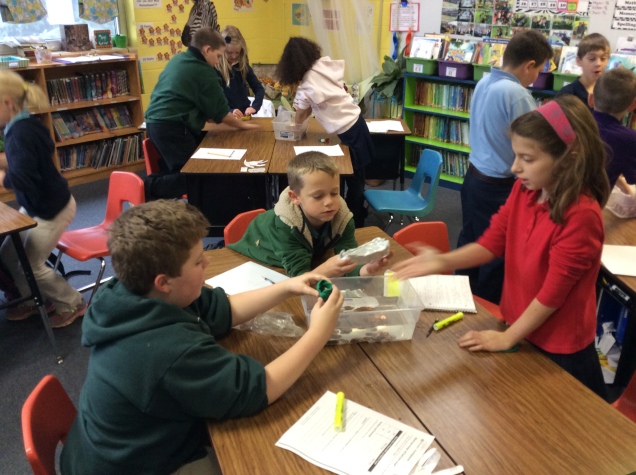 Most recently in Science, we began our chapter about Motion.  What better way to introduce the idea of motion than with wind-up toys, rulers, and stopwatches?! 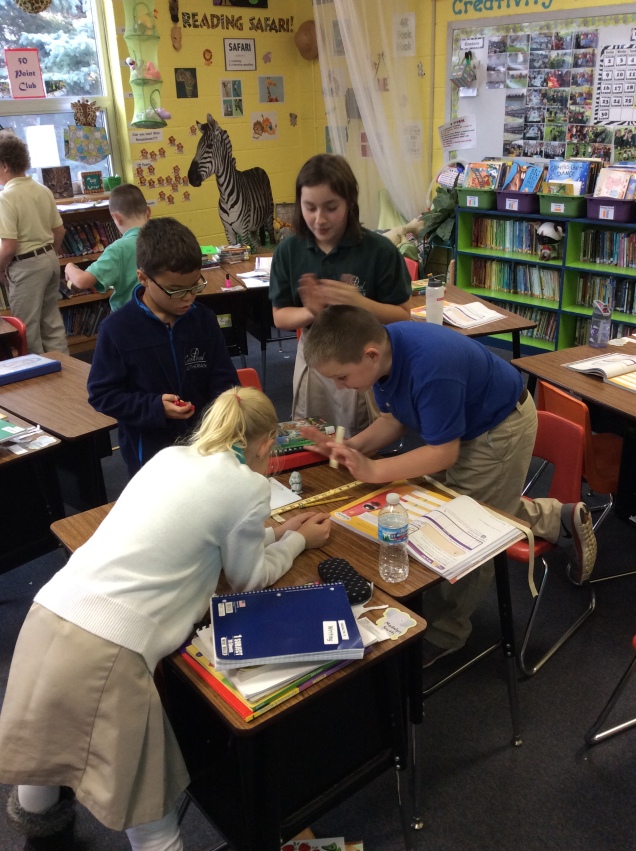 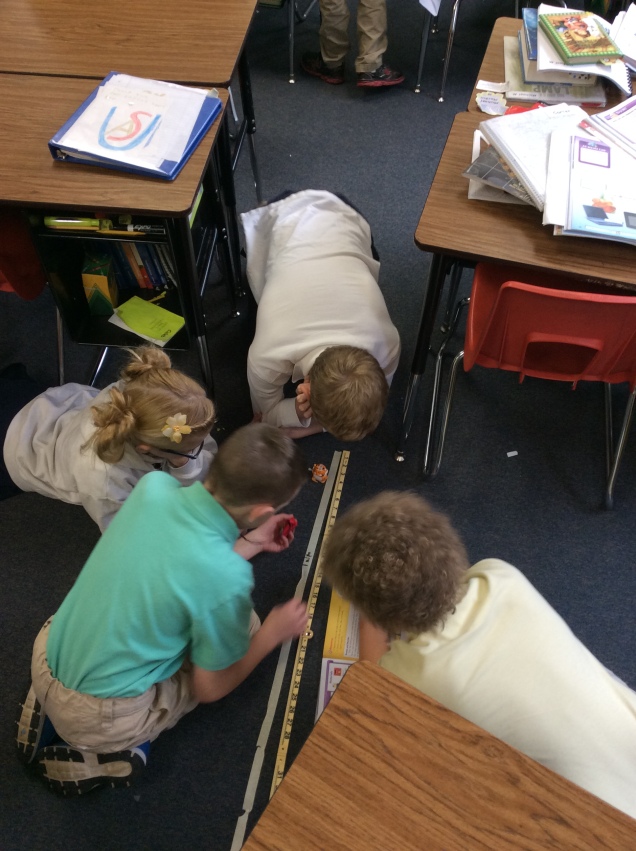 I hope you’ve enjoyed reading about what we’ve been up to in 4R so far this fall.  More to come, but this post is full enough for tonight.  🙂

It’s been awhile since a 4R classroom update, so I thought I’d share what we’ve been up to since I’ve been back from Kenya!

Last Wednesday we had our fall party.  We decorated fall cookies and played a bingo game. 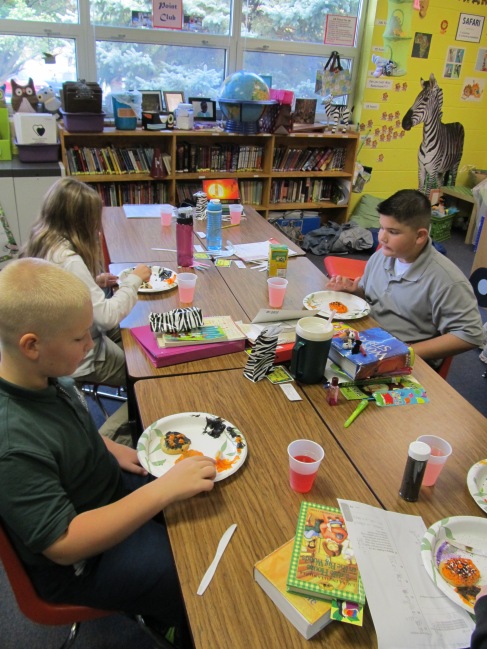 The following day was Reformation (some of you may know it as Halloween).  We had an extended Religion class to learn more about Martin Luther and his contributions to our faith.  Among the activities we did to help us learn more about Luther, we talked about the Luther seal, decided what people back in the 1500s would have put on their Twitter feeds (if they had existed, of course), and made Wordles with all the Reformation words and ideas we had talked about.  We also did a hymnal scavenger hunt for hymns written by Martin Luther (there are a lot!!) 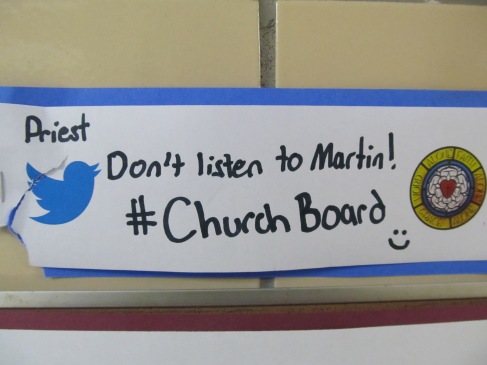 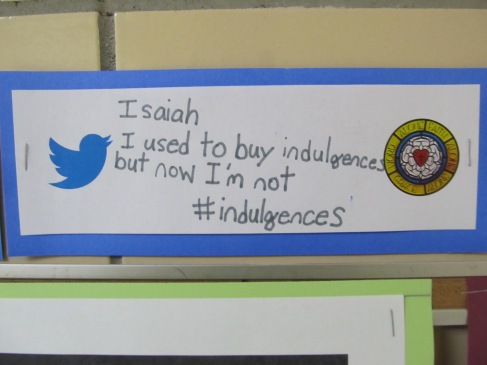 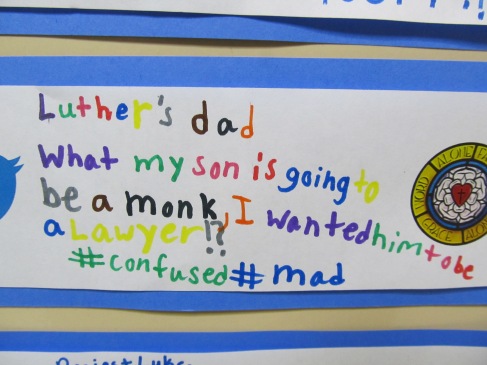 Today we worked on two different projects during Religion and Art time.  First we made turkey cups, to hang on our Thankful November bulletin board.  Each day during Religion class from now until Thanksgiving, we will pick 1-2 students and write about why we are thankful for them.  The papers we write on will then go into their cups and be stored until everyone has had a turn.  Then before Thanksgiving break, the students will be able to read why their classmates are thankful for them. 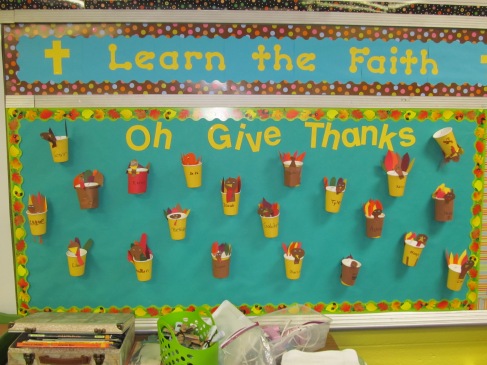 The second project we worked on were washcloth bunnies to be packed in shoeboxes next week for Operation Christmas Child.  For those unfamiliar with this mission, shoeboxes are filled with toys, hygiene items, and school supplies.  The boxes are then sent to children around the world.  The best part?  A storybook about the good news of Jesus is put into each box before they are sent out.  So not only does the child receive gifts for Christmas that they might not get otherwise, but they also receive the gift of salvation through our Lord and Savior, Jesus!  What a great blessing to be a part of such a wonderful project!  (More to come on that project next week, after our packing day.) 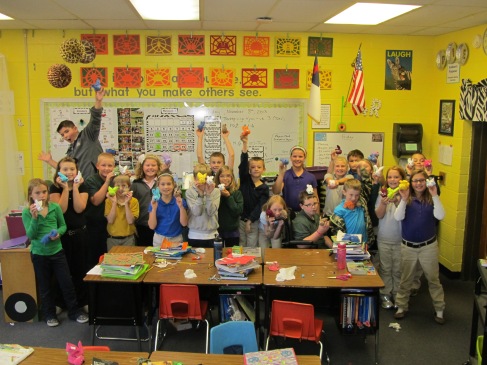 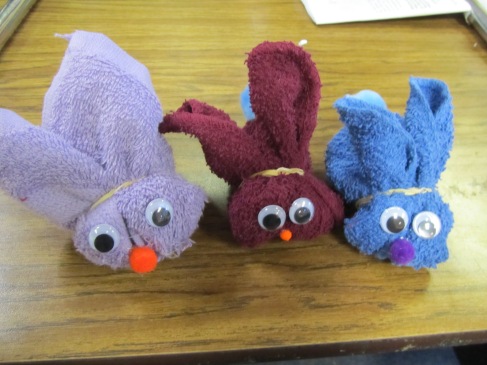 It is truly better to give than to receive.  God is so good.